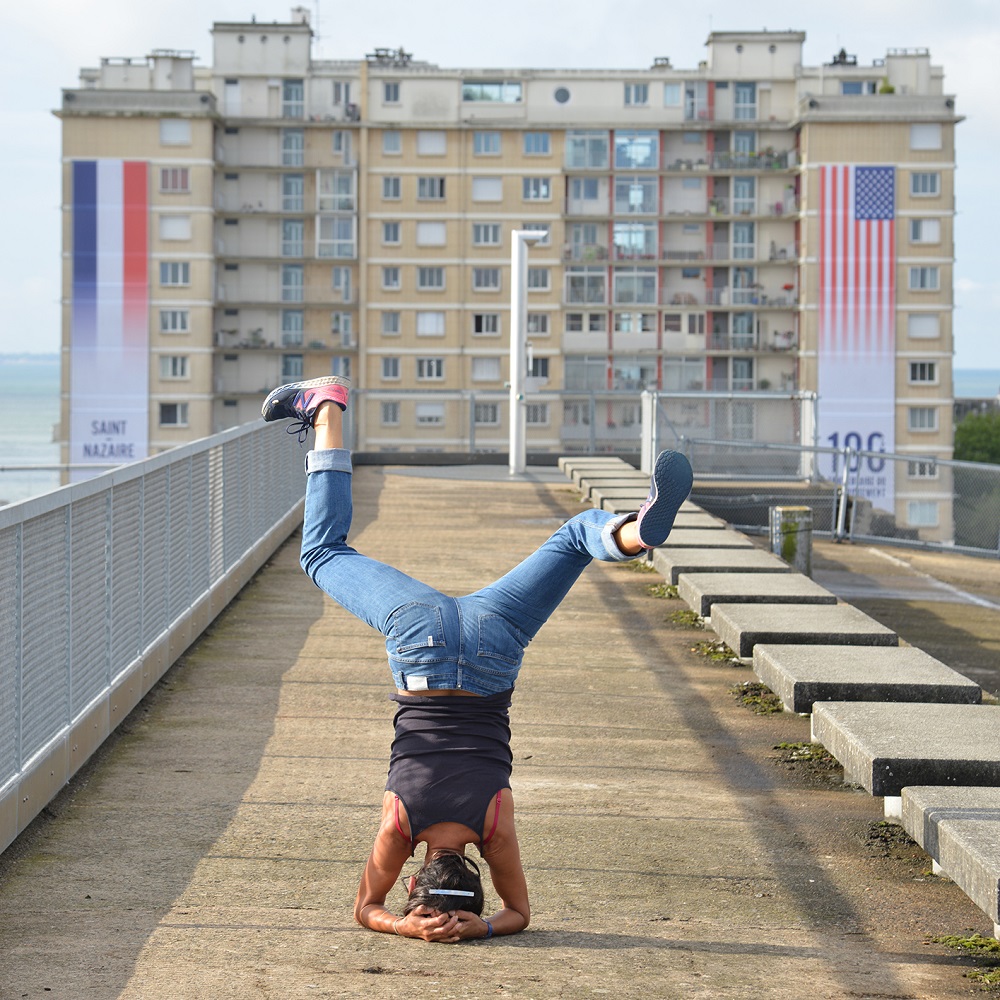 In conjunction with establishing in the city of Saint-Nazaire in 2016, the company transformed into the Plateforme Múa, an artistic and cultural platform based in the Pays de la Loire of national and international influence.

Emmanuelle Huynh, artistic director, delves fields of research and creation that ever provoke the meeting of other disciplines, be they artistic, scientific or sociological. In her practices as dancer, choreographer but also as teacher, Emmanuelle Huynh has developed her observation and action, irrigated by the idea of ​​transmission. The three main dimensions of her activities feed on and challenge each other, questioning together what dance is, its borders, its history, its challenges and its impact on a territory, and more broadly on society.
A strong axis revolves around choreographic thought and practice as reflection and action in the use of space. It is attempting an approach to architecture as a living and poetic art and questioning it from the point of view of the body as a measure and prism of the apprehension of reality.

These concerns are rooted in a broader vision of dance, sensitive to the environment and producing knowledge, emotions and a corporeal and somatic perception that themselves produce meaning and knowledge. Through individuals and encounters, this approach intends to modify the representations that society produces and conveys.

Plateforme Múa projects are thus organized around the following axes: creations, research and sharing of choreographic culture including a significant pedagogy and transmission component, international cooperation projects, edition, and finally, digitization of the repertoire. All axes are approached with the same quality of attention and enrich each other.

If regional establishment is an important step, it only makes sense in conjunction with the dissemination in France and abroad, increased dissemination that will now grow towards new destinations (Canada, Vietnam, Hong Kong) while simultaneously reinforcing the established ones (United States, Brazil, Japan, Portugal), and thus developing new partnerships.

Ultimately, Plateforme Múa intends to serve as support to artists’ projects, to researchers, and to teachers in resonance with the axes of the company.

In addition, Emmanuelle Huynh's expertise is increasingly sought after in accompaniment of transdisciplinary projects and the development of artistic encounters, as well as in the introduction of dance and forms of performance in various graduate studies.

In France, Emmanuelle Huynh is associate artist at the Théâtre de Nîmes for three seasons from 2018 to 2021.